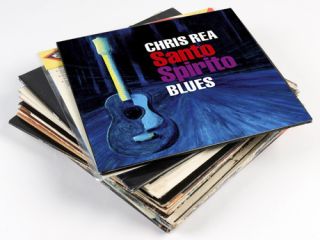 5 September 2011 sees Chris Rea release his first new studio material for more than a decade. Following his sell-out UK and European tour in 2010 and 2009's UK top ten album Still So Far To Go - The Best Of Chris Rea, one of the UK's foremost singers and songwriters returns, and we're giving you the chance to win one of five copies of his new CD.

Check out the following video interview for a taster of the new album:

To enter our competition to win one of five CD copies of Santo Spirito Blues, answer the following question:

How does Chris describe Never Tie Me Down in the video?

Go here to submit your entry, and good luck!