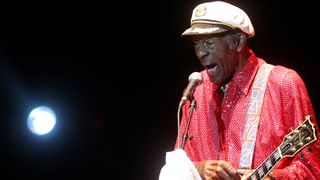 Rock 'n' roll legend Chuck Berry has chosen his 90th birthday to surprise and delight the music world by announcing the forthcoming release of his first album in 38 years.

The album, Chuck, is the legend's first since Rock It in 1978, and features contributions from his children Charles Berry Jr on guitar and Ingrid Berry on Harmonica.

In a statement, Berry dedicated the record to his wife of 68 years, Themetta Berry: "This record is dedicated to my beloved Toddy," Berry's surprise statements reads. "My darlin', I'm growing old! I've worked on this record for a long time. Now I can hang up my shoes!"

Chuck will be released next year.