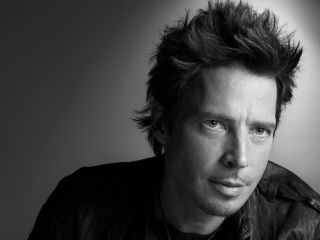 For Cornell, revenge is Tweet - although a little vague

The Twitter catfight between Trent Reznor and Chris Cornell is heating up, as Cornell has Tweeted a response to Reznor's unprovoked slam.

You'll recall the other day that Reznor took to his Twitter page and typed his thoughts on Cornell's new solo album, Scream:

"You know that feeling you get when somebody embarrasses themselves so badly YOU feel uncomfortable?" Reznor wrote. "Heard Chris Cornell's record? Jesus."

Instead of doing what we would do and say something like "Your sister's so ugly, she..." Cornell got all bliblical on the NIN man and wrote, "What do you think Jesus would twitter? 'Let he who is without sin cast the first stone' or 'Has anyone seen Judas? He was here a minute ago.'"

What all that means is anyone's guess. But we're waiting for the next round in this rusty cage match. And who said Twitter wasn't fun?