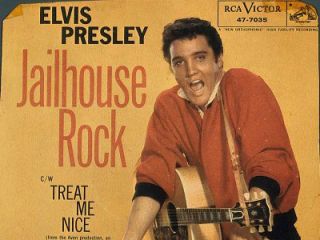 Shouldn't the prisoners be listening to this?

Conventional wisdom has it that CDs are selling in ever-decreasing numbers, but there's one place where business is booming: prison. A Los Angeles company called Pack Central started selling music to The USA's incarcerated in 2003, and is now doing $1 million of business every year.

Surprisingly, it's not just CDs that are popular either - 60% of the company's sales are on good old analogue cassette. Why? Because shiny silver discs are banned in many facilities, as the authorities fear that they could be used for purposes other than aural entertainment. Screws in the cassettes have to be removed for the same reason.

Pack Central's success is easy to explain - prisoners have to buy their music in physical formats because they can't download it. "I have dodged every conventional bullet that has hit most music retailers," says company owner Bob Paris. "The beauty of it is that prisoners don't have internet access and never will."

So, what's been pumping on the cons' stereos recently? Lil Wayne, Mariah Carey, Usher, Rihanna, Nickelback and Leona Lewis are all currently popular on the inside, while Al Green's Greatest Hits, Michael Jackson's Thriller and Pink Floyd's The Dark Side Of The Moon are perennial favourites.

Presumably, The Floyd's opus is played by the screws when they're trying to get the inmates off to sleep.