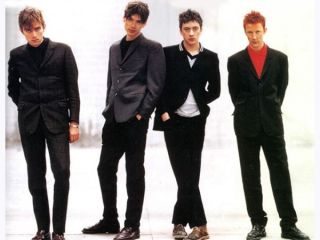 Freshly-reformed and primed for touring, Blur have announced a double-whammy of festival headlining slots: Scotland's T In The Park and Ireland's Oxegen.

Following the confirmed Hyde Park dates in London, you could have put money on the lads headlining at least a couple more big events in 2009. Don't say we didn't warn you!

Blur will play T In The Park on Saturday 11 July. Oxegen's schedule is still to be announced, but as it's the same weekend as T our powers of deduction tell us to expect a Friday or Sunday slot.