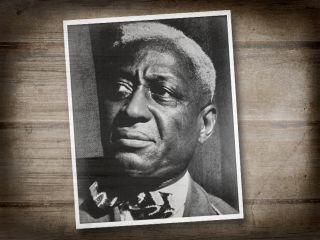 Angola Prison - the Louisiana State Penitentiary - lies at the dead end of a back country road in West Feliciana Parish about 50 miles off the State Capitol, Baton Rouge.

To get there you drive north up Highway 61, and then for some 20 miles the road winds peacefully through thickly wooded, undulating countryside. Unexpectedly the trees disappear, and on the edge of a grassy plain a quarter of a mile in the distance is a small gatehouse.

The few bored armed guards standing around in their mirror sunglasses will be watching your approaching vehicle with the kind of suspicion US troops reserve for ramshackle vehicles at checkpoints the world over. It's an unsettling feeling, and even more so to have your car torn apart and sniffed over by German Shepherds searching for drugs; but then Angola's always been a hard place to get into, and an even harder place to get out.

Although Angola Prison has never quite received the notoriety of Parchman Farm in neighbouring Mississippi, it does come pretty close. Two of America's finest Folk Blues singers - Leadbelly and Robert Pete Williams - were both 'discovered' here and, as a result, its place in the annals of blues history is assured.

Despite being convicted murderers guilty of gruesome crimes, both escaped not by crawling under the razor wire with bloodhounds on their trail, but bizarrely by singing for a pardon. Leadbelly's main claim to a unique place in American blues history is because of his quite incredible repertoire of songs - everything from cowboy ballads like Out On The Western Plain, recorded by Rory Gallagher, to his take on the old English ballad Gallows Pole, famously immortalised by Led Zeppelin, and Goodnight Irene, recorded by just about everybody.

In the days before karaoke machines, Leadbelly was just a walking jukebox, and his vast recorded heritage is the finest musical link between the 'Songster' tradition of the late 1800s and the later country blues styles of the early part of the 20th century.

So prolifically did he record that during the early 1960s you'd even find Leadbelly albums nestling up to the likes of The Ink Spots in the record racks of Woolworth's. Back in those glory days Woolworth's only sold 'budget' albums, alongside Lightnin' Hopkins, Leadbelly made it through to the 12/6d shelf.

He was born Huddie Ledbetter in 1885 at Morringsport Louisiana, close to Caddo lake, a beautiful tranquil spot far removed from the bright city lights of Shreveport, the nearest big town. His parents were farmers and, by all accounts, Huddie was a tough kid who was able to pick more cotton than anyone else, and who quickly came to like women, corn liquor and trouble in about equal proportions.

Particularly he liked hanging out on Fannin' Street, Shreveport's red light area and a place which would inspire one of his best known songs. By the age of 16 he not only gained an enviable reputation for his sexual prowess, but had heard the barrel house piano players whose use of 'walking bass' figures would later become a trademark of his powerful rhythmic style.

King of the 12-string

By the time that he was 33 years old, Leadbelly had mastered the 12-string guitar, met up with Blind Lemon Jefferson and was becoming a regular performer at dances and fish fries in the region. After an assault conviction, he spent a year on the Harrison County chain gang, only to escape, where he subsequently adopted the name Walter Boyd.

At about the same time that America entered WW1, and up in the Mississippi delta Charlie Patton and Tommy Johnson were building their reputations, Walter Boyd - the self styled 'King Of The 12-String Guitar Players Of The World' as he had then become - was crossing the river bottoms near New Boston in Bowie County Texas with two friends on his way to a dance.

After an altercation about a girl, one of the men, Will Stafford, drew a pistol. But before he could use it, Boyd shot him through the head. Six months later, in 1918, he was sent to Shaw State Prison with a 30 year sentence.

For most people that might have been the end of the affair but in a remarkable streak of luck - something that seemed to characterise his whole life - after serving only seven years, Boyd - who had by now earned the nickname Leadbelly - charmed his way out of prison by making up a song about Pat Neff, the prison governor.

Sadly though, he was clearly not a man to learn a lesson. Leadbelly's notorious temper soon got the better of him again, and by 1930 he was again behind bars - this time in Angola prison in Louisiana - for attempted murder. Incredibly, history would quickly repeat itself.

In 1933 John Lomax arrived at the gates of Angola Prison in a small car, its suspension sagging under the weight of hundreds of kilos of recording equipment in the boot, looking to record the songs of the inmates for the Library Of Congress.

Never a man to miss an opportunity, once again Leadbelly sang a suitably ingratiating song about the governor, and the next year he was released. What happened next is chronicled in footage from the documentary, March Of Time.

Lomax - a short tubby man - is pictured sitting hunched over a typewriter when Leadbelly, still suitably attired in his striped convict garb, bursts into the room clasping his 12-string guitar.