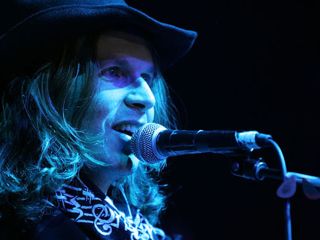 There's an insane kind of genius to the latest wheeze from Beck: he's going to cover a series of albums, then post the results on his website.

This would be noteworthy in itself, but when you learn that he's planning to record each album in a single day with no prior rehearsal or preparation, you realise that this is a project you've just got to hear the results of.

Beck won't be working alone on the recordings - he's enlisted the help of the likes of Devendra Banhart, MGMT, Jamie Lidell and Nigel Godrich (though, presumably, they won't all be collaborating at the same time).

The covered albums will gradually be posted on Beck's currently-being-overhauled website under the name of Record Club (one track will be released each week). The first LP to be given the treatment is The Velvet Underground & Nico - we can't wait.