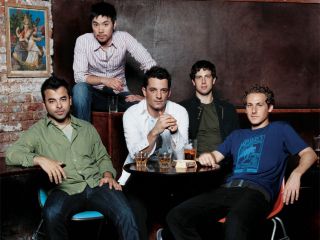 Jam rockers O.A.R. (aka Of a Revolution) want fans to write them a song… via Twitter. Aspiring 'lyrical geniuses' should post a verse, chorus or bridge (in 140 characters or less, of course) to the band's Twitter page…

"Hey Twittergeeks!," begins OAR's songwriting plea, which, when you think about it, is perhaps not the best way to endear oneself to the Twitterati. "O.A.R. wants to write a song with you!"

"O.A.R. band members will read through all of the entries and pick 3 winning verses, a chorus, and a bridge that will make up the lyrics of the song. O.A.R. will write music inspired by the selected lyrics, record the song, and sell the single on iTunes. ALL PROCEEDS will be donated to the Heard the World Fund."

You've got until 21 July to take part.

We don't want to blow our own trumpets here, but… see points 8 and 21 of MusicRadar's 27 engaging Twitter tips for musicians. Glad to help.