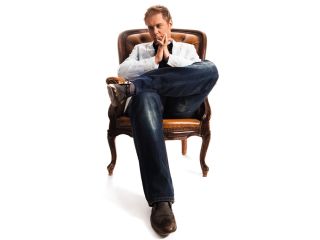 Yep, it's him again.

Armin Van Buuren has been voted the world's top DJ by the readers of DJ Magazine. If you think that sentence has a familiar ring to it, it's probably because he received exactly the same award this time last year.

In fact, the same names fill the top five slots, though in 2009, Paul van Dyk has slipped a couple of places while David Guetta rises by the same number of positions to occupy the number three position (they've swapped, in other words). Tiësto remains at two and Above & Beyond at four.

The full top 10 is as follows: