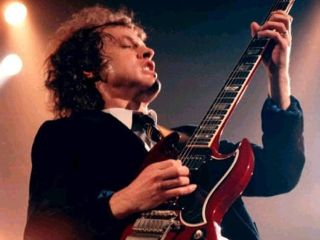 Germany's The Local reports that AC/DC's gig in Munich on Friday 15 May drew over 100 noise complaints by irate residents.

Complaints came from as far as Unterhaching, a suburb 20km (12 miles) away from the Munich stadium.

AC/DC have previously been registered as one of the world's loudest bands, reaching 132dB. That volume is an 'honour' shared by The Rolling Stones, Motörhead and My Bloody Valentine.

Manowar claim to be the loudest band ever, for their perfomance of 139dB at 2008's Magic Circle Fest.

Guinness World Records declines to recognise Manowar's claim, because it no longer includes a category of loudest band - Guinness says it does not want to encourage hearing damage.