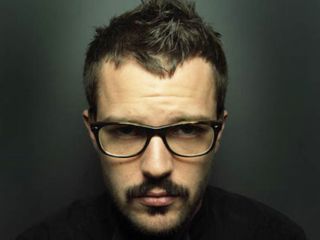 While last week's Grammy awards taught us many interesting and wonderful things about music, this weekend has been a bit, well… seedy. Here we see (a distinct lack of) booze and sex and (yet another) Lily Allen/drug controversy. But where's the rock 'n' roll?

Being a devout Mormon, you might think The Killers' mainman Brandon Flowers didn't drink much anyway. Well, apparently he did. But doesn't anymore: "Music has taken the place of drinking for me," Flowers told The Mirror. "I write songs in a hotel room at 2am rather than go to a party."

Speaking of The Killers, the band's first label Lizard King (which is now called Marrakesh Records) has conducted a music survey with over 1000 15 to 24-year-olds. One extremely useful finding was that 60% of 16 to 24-year-olds and 70% of 16 to 19-year-olds would rather go without sex than music for a week.

Fresh from scoring a chart double with The Fear and It's Not Me, It's You topping the UK's single and album charts respectively, Lily Allen scored another headline: drugs controversy.

In a nutshell, the News Of The World reported the motor-mouthed singer as saying the following to Dutch magazine Revu: "Parents should say, 'Drugs might seem fun, but they do funny things to your brain. Some people react to it good, some don't. Try it and see what you think'."

Allen has since denied it via Twitter: "Phoning my lawyers and taking legal action, News Of The World need a better Dutch translator. As if I would say that. And they know it."