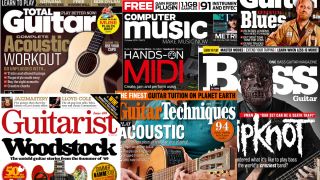 We’ve all heard the term ‘PR’. Like management, most aspiring bands and artists understand it could benefit them at some point, but many remain a little misty on the details.

Simply put, PR is a term used to both reference an individual role – similar to the way you’d discuss a manager or agent – and an industry. While PR stands for ‘public relations’, it’s probably more useful to think of it as ‘media relations’, as the majority of a music PR’s time is spent pitching to editors and writers in the hope of gaining their acts media coverage – often album reviews, new band profiles or interviews. As such, the right PR can have a huge impact on a band’s profile.

To gain a better understanding of the PR world, we spoke to Jay Taylor who, alongside co-founder James Parrish, heads up Prescription PR – a well-respected independent PR company based in the UK. Their team looks after a broad range of artists, across a spectrum of genres from punk to indie rock, folk, country and jazz. The firm has worked on campaigns for everyone from heritage acts like the Rolling Stones to breaking new bands, like Fontaines DC and IDLES, meaning Jay’s well-positioned to offer us guidance on all things music PR.

What is the role of a PR?

Simply put, a PR helps an artist to gain and manage media coverage and, subsequently, build their audience and fanbase.

“Very loosely,” qualifies Jay. “We’re hired to be the person that manages the perception of an artist within the media. The practice, is really how can you best get across the messages that the artist is trying to communicate in a way that not only engages a writer, but also speaks to their audience, as well.”

Most artists have some idea about the publications they ideally want to appear in – and a good PR can help not only connect you to those publications and their writers – but they will also have a thorough knowledge of the media landscape and ideas about other relevant outlets, not to mention an overall timeline and strategy for your campaign. More importantly, they can help you to shape your message in a way that most appeals to these publications.

What does a PR do for their money?

There is sometimes a perception among artists that a PR simply holds the keys to a large mailing list and will then blanket bomb that list with your press release – a job many feel they can do themselves. While there is a small element of this, a good PR will bring to table pre-existing relationships with writers and the knowledge to effectively target their pitches, which gets emails opened and your music heard.

“Part of the skill is interpreting the record and digesting it,” says Jay. “Then finding the most effective way to relay the messages that the artist is putting out to the world and to the press. Every record is different and says something different. The best way to engage with the press and get them writing stories, is to figure out what an artist has put together thematically – the angle – and where it sits in the current landscape.”

Indeed, the headline ‘band releases record’ is rarely going to cut it in the eyes of the jaded music hack. Instead, a skilled PR can highlight the message and appeal of your music, packaging press releases and other materials accordingly.

“The new music writer,  in particular, is the most inundated of all music journalists, simply due to the sheer amount of new bands out there,” adds Jay. “The value for a new artist is that we’re able to shout through the noise a little bit louder than they could themselves.”

How do I find the right music PR?

If you decide it’s the right time to employ a PR – for instance, you’ve got a new single in the pipeline and you want to capitalise on it – it’s important to find the best pairing.

It’s possible for artists to have bad experiences with very capable PRs, simply because they’re an unsuitable match. There are a vast array of options available to suit the full length and breadth of the music industry: PRs that specialise in minding megastars, to championing new bands, particular genres, and, of course, online or print publications and different geographic territories. So what should new and independent artists look for, then, when they’re trying to find a suitable press agent?

“I think a really good place to start is just by asking other bands in your community that have used PR, ‘How did that work out? What did you pay? What did you get from it?’” says Jay. “But probably the most effective way to source a PR is to look at other artists around you that you feel are doing something similar and are on a career trajectory that you’d be interested in emulating. Ask ‘Where was this band a year ago? Where are they now? Who is the PR pulling the strings?’”

Bands often list PR details on their ‘About’ or ‘Contact’ pages online, so this can be a good way to get a feel for the names looking after your favourite acts. On top of this you need to be considering the types of publications in which you’d like to featured and, ideally, the writers covering the bands you like.

What should I ask a potential PR?

“Ultimately, the number one question to ask is ‘What are you working on right now?’” says Jay. “You can go to a lot of people and they’ll tell you what they did five or 10 years ago, but what are they doing right now? What’s happened for them in the last year that they feel has been significant in the part of the press that your act is trying to make an impression in?

“Equally, if you’re a new band, you don’t want to hear, ‘We did this record for this hyper-established artist and got it everywhere!’,” continues Jay. “If I was a brand new artist, I’d want to know which independent acts they’ve picked and backed to do well, that they’ve then shaped through the new music press and turned into something that can then sustain itself, whether that’s touring, or going on to sign to a decent label. The hardest thing in the job is to move something that’s completely static into something that can snowball.”

Bear in mind, too, that the staff turnover on publications plays a factor. How current are their relationships with editors and writers? If they have previously placed bands in a publication, are those relationships still active?

How much should I pay a PR?

“If you’re a new artist and reaching out to publicists for the first time, in response to the question ‘how much does it cost?’, you’ll have probably heard in reply ‘it depends,’” says Jay. “All sorts of things can affect what you’re quoted: experience, specialities, campaign length, who the artist is, or the scope for further work in future. Remember that certain companies will have several staff and office costs to cover too. This can mean rates for a single could vary from £500 to £1500, and album campaigns from £1500 upwards. Cheapest isn’t always best, and nor is most expensive – only an agency that’s the best fit for you will be truly worth it.”

How important is the individual?

It’s worth considering that a PR will be your representative and as such personality is important. Each PR will have their own approach. It may be tempting to employ a motormouth-type because you’re impressed by their hustle, but does it actually get results? Put yourself in the shoes of the writers and publications fielding your PR’s calls and emails, among a hundred other tasks. Will they want to hear from the hustler, or the individual that they are happy to grab a drink with before a gig?

“More important than personality is knowledge,” adds Jay. “If you’re a punk band, does that PR get it? Are they going to reference the right things on the press release? Look for someone that’s not just shouting about their own work but is involved and excited about music in general – not just showing up to ‘do some music PR’. I’d want someone that can recommend me other records that they’re not working on, that can interact with other PRs and writers; that is involved and part of the community.”

Community is a good word to bear in mind. Ultimately, the PR, and their myriad relationships with the band, writers and labels, are part of the fabric of a broader, active and continually evolving community.

“The more experience you get as a PR, the more you understand the PR/journalist ecosystem,” concludes Jay. “PR at its most basic is saying the right thing to the right person at the right point in time. There are instances when I’ve written three long paragraphs to someone [and gained coverage] and others where I’ve gone, ‘Ah, man, I think this would really be up your street!’ Both can be effective as each other. The relationship is the key difference.”