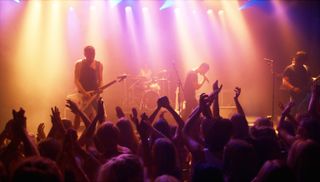 It was only mentioned briefly in a government policy paper released on Tuesday (Feb 18) but its potential ramifications on UK live music are huge; the UK Home Office has announced that EU artists and entertainers will need visas if they wish to perform in the UK from January next year.

As reported by Politico, the policy paper suggests there's no hope of musicians that rely on touring for their profession being involved in any  special exception that would protect their freedom of movement between the UK and EU.

The statement suggests that artists and sports players from the EU will be subjected  to the same rules as their non-EU peers once the UK's Brexit transition to leave the EU reaches the end of 2020 and freedom of movement ends.

Artists and road crews can currently travel between the EU and United Kingdom without the need a work permit of visa. But from 2021 they'll need to go through the application process.

It also pours cold water on the promising statements from Culture Minister Nigel Adams in an interview with Music Week in January when he said “it was absolutely essential” to protect free movement for artists following Brexit.

“Touring is absolutely the lifeblood of the industry and we recognise the importance of the continued ease of movement of musicians, equipment and merchandise once we’ve left the EU,” Adams said.

Music industry groups in the UK had previously campaigned for a two-year working visa that would allow musicians to travel freely around the EU and UK for their work.