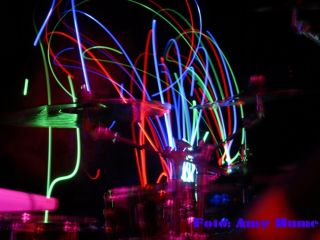 Drum stick giants Vic Firth have taken the humble hickory hitter to a whole new level: by adding a mini USB port and a powerful LED light in each tip.

The mini USB port sits right at the base of the stick for charging purposes, and Vic Firth promise a minimum of four hours use when fully charged.

Lite Stix were on display at this year's winter NAMM, and as the video below proves, they really do light up the stage. Although, you'd have to be truly dedicated to showmanship to part with the £209.99 RRP…