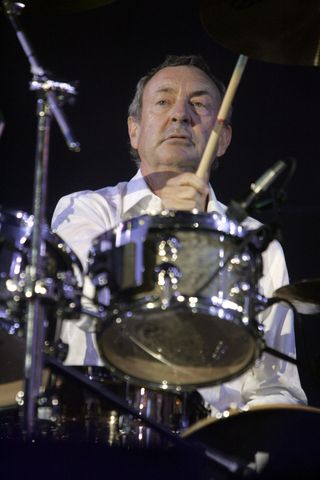 Even more musical treats have been revealed for this year's National Learn To Play Day.

Following on from last year's success, the event will take place on Saturday 16 March, with music stores all over the UK marking the day by offering free taster music lessons, across a huge range of instruments from guitars, pianos and drums to ukuleles, saxophones and bassoons.

It had previously been revealed that Nick Mason would be appearing at Foote's Music in London on 16 March as part of Learn To Play Day. He will be joined there by drum teacher to the stars Mike Dolbear.

Pink Floyd drummer Nick Mason is one of several star backers for the day. He said: "Learning to play an instrument is something rather more than a passport to a TV talent show. And it doesn't have to be a Fender Strat or a Steinway Grand to join... For the price of a ukulele or tin whistle you can both make and impress friends - and enjoy yourself more than you can possibly imagine. I know this - I've been doing it for 45 years now, and it still doesn't feel like a job!"

Comedian, drummer and good friend of Rhythm Al Murray is also doing his bit and will be giving drumming lessons at Chappell's of Bond Street in London on the day.