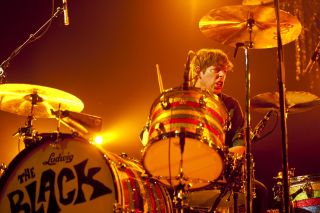 Drummer Patrick Carney explains it all

Confused by the bizarre way in which Black Keys announced their new album? Here's Patrick Carney to explain it all.

Discussing their thinking about announcing new album Turn Blue via a video clip which was tweeted by Mike Tyson, Carney told NME: "Mike Tyson's doing a documentary and he asked us if we'd put a song in it. We hooked him up basically, and he said he'd help us out anyway he could."

A week later the band asked Tyson to tweet a link to their new album teaser video (which is incredibly odd in itself, check it below) before the official announcement.

"It was very last minute," Carney continues. "The label wasn't sure if it was smart to do it that way, but it made perfect sense to us."

Turn Blue is set for release on 12 May.