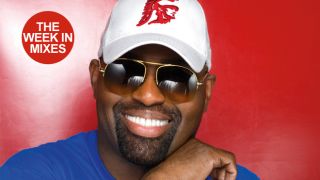 Once again, we run down five of our favourite DJ sets that have appeared online in the past five days, this week featuring heaps of classic house, some cutting edge techno and plenty of killer new tracks.

This mix comes from Eamon Harkin and Justin Carter, the New York-based DJs behind the acclaimed Mister Saturday Night parties. The set captures the final two hours of their last outdoor Mister Sunday session of the summer. It's a gorgeous blend of soulful, classically minded house with an utterly euphoric final ten minutes.

Resident Advisor have shared this set from US-house icon Frankie Knuckles, recorded at a party in Texas last month. As one would expect from Knuckles, it packs in plenty of old school house and disco tracks, along with a sneaky Fleetwood Mac edit.

Spanish producer and DJ Pional is probably best known for his regular collaborations with John Talabot (he featured on several tracks on Talabot's excellent debut LP fIN, and tours as part of his live show.) Following a string of relatively low-key releases over the past few years, he's recently signed to UK label Young Turks and his solo profile seems to be rapidly rising. This mix for Fact Magazine is an excellent demonstration of his skilful ability to blend styles and quickly shift between moods.

Brooklyn-based producer Laurel Halo's recently released second album Chance Of Rain is easily one of the year's most interesting electronic records. She follows it up with this mix for XLR8R, which - packing 24 tracks into 48 minutes - is like a rapid-fire tour through the most interesting areas of techno in 2013.

Listen to and download the Laurel Halo XLR8R podcast

This Mixmag session from Russian house producer Nina Kraviz is entirely composed of her own tunes. Everything here is unreleased, and the mix draws heavily on her personal stash of rough-around-the-edges early productions, synth experiments, and with the odd unheard remix. Check out the tracklist over on the Mixmag site.