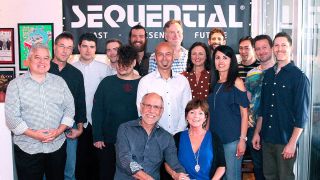 Having reacquired the Sequential name from Yamaha in 2015, Dave Smith has now officially rebranded his company with it. This means that, going forward, all Dave Smith Instruments products and services will instead be known as Sequential ones.

Explaining the move, Smith says: “This month marks the 40th anniversary of the Prophet-5. That’s a huge milestone. And it felt like the right time for us to completely restore the Sequential brand and bring our journey as a company full circle. The name change also reflects the fact that our instruments are the result of a team effort. It’s not just me. It’s the entire company.”

Dave Smith founded Sequential - then known as Sequential Circuits - in 1974, with the legendary Prophet-5 arriving in 1978. Further instruments followed (including the Pro-One, Prophet-600, Six Trak and Prophet VS), before Sequential Circuits ceased operations in 1987 and was acquired by Yamaha.

Smith restarted solo synth development in 2002, before Yamaha, with the encouragement of Roland founder Ikutaro Kakehashi, returned the Sequential name to him in 2015. It’s already been used to brand the Prophet-6 and Prophet-X synths, but Smith has now taken things a step further.

“Once Kakehashi-san and Yamaha enabled us to re-acquire the Sequential name, I knew we’d fully adopt it again when the time was right. That time has arrived,” he explains. “The best part is that we have the same sense of excitement and enthusiasm for making the world a more creative place as we did 40 years ago. Sequential is back, better than ever.”