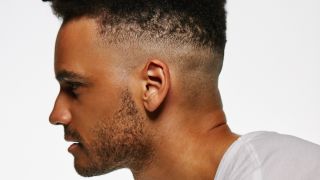 MusicRadar's best of 2018: With his funk- and disco-influenced jams, Cassian has become one of the leading lights on Australia’s electronic music scene.

After mixing fellow Antipodean outfit RÜFÜS DU SOL’s debut album, he’s now joined their new imprint Rose Avenue as their first signing, and is poised to release his own LP.

Having relocated to Los Angeles, Cassian is about to embark on a new phase in his already-successful career, so now seems like a great time for him to tell us about his production journey thus far...

1. It all starts with the song

“If the song itself isn't written/arranged right, no amount of production and mixing tricks will save it. Try and get the song/underlying writing itself done before you progress the production too much.”

“We've all heard this a million times, but it can be hard to stick to when you’re sat in front of a DAW with limitless options. Layering drum/instrumental sounds when done right can be amazing, but it can easily be done wrong. Focus on creating good strong sounds and be confident that, once they're mixed and mastered, they'll have the impact you're looking for.

“Melodically, it's almost always better to have three or four really strong parts in a song as opposed to 10-15 ‘cool’ but not super impactful sounds. Set yourself track limits; I don't think I've ever seen a session with more than 100 tracks that actually needed that many.”

“Frequencies should be looked at as notes and vice versa. I think the key to a big-sounding record is being aware of this. If your kick drum peaks at 70hz and all the melodic parts are within one or two octaves of one another, your track isn't going to sound that big. Get your kick down to 50hz and explore some higher octaves on vocal/synth parts where it makes sense. Use the full range you have available to you. Learn to read visualizers, learn piano and learn the connection.”

“Yes, nice gear can make things easier, but I'm a firm believer in trying to master the basics first. If you can make a great-sounding record on KRKs and stock Ableton sounds then you're in a good place to make some upgrades. If you find yourself constantly searching for the next piece of gear that will finally take your tracks to the promised land, focus more on this next point...”

“Listening is one of the most important skills you can develop. Having great listening skills will help your writing, production, mixing and mastering; literally every aspect of making music. Being able to accurately listen to your own work is the only way for it to get better. So, take the time to listen to music, take notes, and try to recreate what you're hearing on other records. This will transfer over to your own music.

“When you hear a track you like, have a look at it through a visualizer. Have a look at the waveform - if you do this enough you'll build up some great reference points to apply to your own music.”