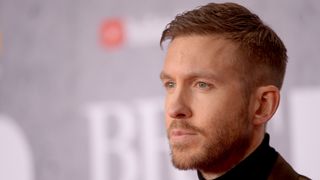 The UK property market might be a bit on the slow side at the moment, but over in LA, it looks like scarily successful DJ and producer Calvin Harris thinks the time is right to put his house-cum-recording studio up for sale.

The LA Times reports that potential purchasers are being asked to view the house and Outside areas and decide if This Is What They Came For, with the palatial 1940s property said to be on the market for a cool $5.75 million. If that’s beyond your budget, it also claims that the EDM estate can be leased for $25,000 a month.

With four bedrooms and six bathrooms, accommodating guests shouldn’t be a problem, but it’s the recording studio and two-storey music room that might seal the deal. The property actually has a bit of history with electronic musicians; it was purchased by Steve Angello for $3.9 million in 2013, and he sold it to Harris for just over $5 million four years later.

However, despite having only been there for a relatively short time, it looks like Calvin is ready to check out. Having brought in a reported $48 million in 2018, we doubt that money problems are behind the move - with Summer on the way, perhaps he simply Feels that the time is right to Slide off somewhere else.