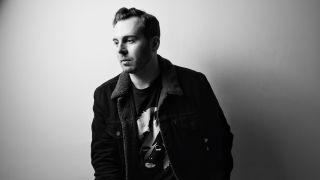 Based in NYC, producer, mixer and engineer Brent Kolatalo has worked on more than 20 Gold and Platinum albums and 19 number one singles. Oh, and did we mention that more than 15 of the records he’s contributed to have been Grammy-nominated?

With a CV like that, and a versatile skill set, Brent clearly knows a thing or five about music production. Based on his extensive experience, here are his top tips...

“This is a big one for trying to be creative and staying in the production ‘zone’. There are just too many easy distractions now that can throw you off course. One look at a text message can send your mind spiralling down a rabbit hole and away from your creative self.

“What's helped my music production and creativity immensely is setting a one-hour time limit where I turn my phone and internet off for an hour and then turn them back on when I take a mental break.”

2. Try one new thing every day that breaks you out of the comfort zone

“Staying in the comfort zone is the kiss of death for growing your production chops. Always try one new thing every day that might make you approach production differently. Whether it's trying a new plugin or forcing yourself to produce a song with a drum beat first instead of always starting with chords. Whatever it is, make sure it makes you uncomfortable.”

3. Go with what moves you

“I would take an extremely emotional performance recorded on a crappy Shure 57 microphone in a bathroom that sends shivers down my spine over a pristine-quality recording where the vocal take is good, but doesn't move me in any way.

“Always go with what moves and inspires you. Even if it's technically wrong. If it's getting an emotional reaction from you, there's a great chance it's going to get the same from somebody else.”

“Listen to the top songs that are in your musical genre and make sure your song is sonically competitive against them. If you're working on a club track and your kick drum sounds like it's punching a pillow compared to everything else that's out, then it's time to go back and rework that kick.”

5. Collab with people who have different strengths to you

“If you're really good at coming up with melodies but can't write lyrics to save your life then collaborate with someone who can. I'm really great with drums and chords but lacking in vocal production skills. Thankfully, my production partner is amazing at it. We both complement each other well in those ways.”