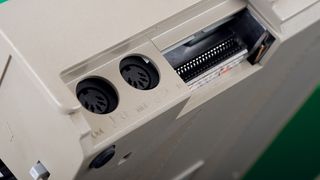 An updated MIDI spec has long been discussed, but if it’s ever going to get off the ground, it’ll need the buy-in of all the major music software and hardware companies. After all, it was the industry-wide adoption of the original MIDI standard that ensured that it was, and continues to be, such a massive success.

We’re pleased to hear, then, that both Ableton and Native Instruments (along with several other companies) have now joined the MIDI Manufacturers Association in order to collaborate with other software and hardware developers to extend the power of MIDI. The proposed revised spec would be designed to enable new levels of expression and make electronic instruments easier to configure and use, all while maintaining compatibility with MIDI 1.0 devices.

It remains to be seen when and how the MIDI spec will be updated, but it’s good to know that some of the biggest players in the industry are putting their heads together to create it.

You can keep abreast of all that’s new in the world of MIDI on the MIDI Association website.