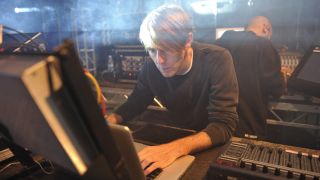 As pared-back as the name suggests, minimal is all about doing as much as possible with just a few elements. Here are seven things to remember if you want to ensure that your minimal productions have maximum impact.

We might be stating the obvious, but the minimal sound is all about, er, minimalism. There are no overblown arrangements here, no complex patterns and multi-layered mixes. Instead, it’s almost a question of seeing just how few elements you can use. As a challenge, try starting with just a kick, hi-hats and one synth element. If you can create a compelling groove with that limited selection of sounds, you’re well on your way.

Basslines in minimal tend to be carried by the kicks, with the drums tuned to fill in the bottom end of the mix rather than having separate synth elements in the low frequencies. An 808 hit is an obvious starting point, but anything with a distinct pitch and tonality can work. There’s no strict rule about adding other bass elements, but a solid and tuneful kick drum is the ideal starting point.

3. Slave to the rhythm

From Robert Hood’s genre-defining 1994 masterpiece Minimal Nation onwards, minimal has been characterised by rhythm far more than melody, harmony or anything else. Melodic elements are still crucial, of course (although there are certainly tracks that eschew them altogether, focusing entirely on drums), but the way you think of them needs to be reframed. The interplay of drums with repetitive synth bleeps and the gaps between sounds is key. Shorter sounds are much easier to achieve the effect with; try programming synth patches with short decay times and zero sustain, for example, turning the sound into a series of blips. Decay time can be automated to add interest and emphasise the melodic elements in key sections of your tracks.

A lot of minimal producers get a great deal of mileage out of making tiny, almost imperceptible adjustments to the sounds of key elements as the track progresses. A great starting point is to adjust the amp envelope, filter settings and effects of percussive elements. Most drum sampler plugins can achieve this kind of thing, but Xfer Records’ Nerve is a particularly good option, allowing you to make quick and effective adjustments to parameters on individual sounds or across multiple drum tracks.

With such a stripped-down musical palette to play with, the focus shifts onto structure and arrangement much more than traditional musical composition. You’re highly unlikely to bring in a big vocal sample or synth riff to signal a shift from one section of a track to another, so you have to think more about dropping elements in and out of the mix and carrying out small tweaks to effects parameters. Don’t be afraid to filter or even apply reverb to the entire stereo mix in order to create more dramatic moments of tension and release.

Speaking of tweaking parameters, it’s so much easier to make organic, musical adjustments to settings using your hands than it is to draw in automation. A hardware controller of some sort makes life easier in the studio and is a must-have for live performance. Anything with a few basic knobs and faders will do the job, but serious hybrid solutions, such as NI Maschine or Ableton Push, are far more effective additions for live improvisation.

Anything goes in terms of mixing software and hardware to create minimal sounds. Minimal master Richie Hawtin, for example, began his career in the hardware era but moved increasingly to software as options like Ableton Live developed. Cult hero Ricardo Villalobos is much more hardware-focussed, with a hefty modular synth setup. Whichever your preference in terms of sound sources, software tends to make arrangement and processing much easier. If you want to use hardware, consider sampling sounds, then layering, processing and resampling to create your own complex, nuanced drum hits and synth elements.