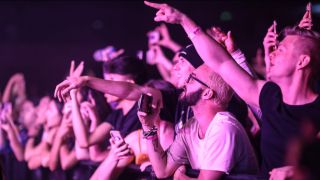 One of the more interesting SXSW panels this year was about creating and managing a fan club. The top manager on the panel had over 100,000 fans in his artist's fan club alone. While not all of us have this size of following, there are a lot of benefits to creating a subscription-based fan club versus simply having a mailing list even as you grow your audience.

Musicians often create a mailing list which helps with publicity, marketing, and helping to prove your draw for live shows. However, a fan club goes beyond this, giving fans access to special perks like tickets for shows or additional music not available to the public. Fan clubs can be free to join, but subscription-based fan clubs can generate regular, monthly income, which is more predictable than relying on music sales, merch, and live shows. Further, having a fan club gives you a set of email addresses of people who not only like your work, but also willing to pay for special access to you, the perks, and the club. And, best of all, you can use your club to help identify your "whales" whom you should be catering to.

If you decide to create a fan club, here's some advice to consider:

1. Choose the right tool and set the right rewards.

Managing a fan club includes dealing with membership, credit cards, mailing lists, and many other administrative tasks, usually done with services and tools such as Topspin. And when starting out, it might be even easier to use patronage tools like Patreon and give your patrons the same kinds of benefits. When using these services, use the right reward levels to entice fans to contribute more depending on what they get similar to the reward levels you'd set on a crowdfunding campaign.

Although you'll want to share special perks with your club such as exclusive music, insider news, and other items not available to the public, there's no reason why you can't also sell limited, exclusive merchandise or music to them as well. For instance, one of the SXSW panellists shared a story about how a vinyl release was only available to club members, which provided a good reason to join. Note that even when giving away items, you still get the price of the fan club membership that would auto-renew either monthly or yearly depending on your fan club levels.

If your shows are consistently sold out or space is limited, getting access to pre-release tickets is a huge benefit for your fan club members, according to one panellist, it's one that they’ll pay for. This requires you to work with the ticketing agencies, but it’s worth doing that in order to reward your biggest fans.

4. Award members "flair" so they stand out.

The artists with the most fans in their clubs had their own message boards. They made sure these members got special recognition, or flair, on their site. Club members were identified as "Premium Member" on their posts to show they were a member of the fan club. Members who unsubscribed or whose membership lapsed lost their flair. This actually helped retain some members in the club.

Note that If you're just starting out it's usually a good idea to skip the fan club and focus instead on reaching as many fans as possible. Get people to come to your shows (if you play live) and maximize the sales of your music and merch in the meantime. But once you build your fan base and are packing shows and reaching thousands of people with your music via the internet, that's when you may want to consider creating a fan club.

Your biggest fans deserve something special from you on a regular basis, but they also deserve to have a better method to support you beyond simply buying your music or merchandise. Subscription-based fan clubs are one way to do this giving your fans benefits that they want while giving you a mailing list of dedicated fans with another income stream in return.