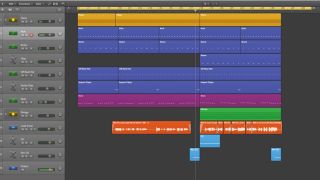 Like classic analogue synthesisers, the world’s most coveted analogue compressors are capable of fetching eye-watering prices on the second-hand market. Fortunately, though, the quality of software emulations of them has improved dramatically in recent years.

The reason for analogue compressors being so popular isn’t only down to their ability to control dynamic range but also the non-linearity and distortion they bring to the signals they treat. However, this is where confusion often starts. You might know the names and model numbers of the most coveted analogue compressors of all time, but did you know that they all use different approaches to dynamic range control, resulting in dramatically variable sonic results?

There are four main approaches to controlling dynamics in the analogue domain. VCA or ‘voltage controlled amplifier’ compression uses peak detection to control dynamics, so that when signals exceed a chosen threshold, the volume of the peaks is reduced to flatten the dynamic range. As VCA compressors are capable of extremely quick response times to transient-heavy material, they’re a hugely popular choice for drum sounds in particular.

Perhaps the most famous compressor of all time is the Urei 1176, which is a type of FET (field effect transistor) compressor. Like their VCA equivalents, FET designs offer quick response times, but rather than providing the clear, uncoloured sound of VCA compressors, they bring warmth and colour in an unapologetic manner; this is a compressor that wants to be heard.

Opto (optical) compressors use light to determine the process of gain reduction, and they’re particularly great at providing a slower, warmer approach to compression. Opto models usually react more slowly to transients, but they sound musical and natural on smoother and less biting program material. As a result, they also make great mix bus compressors or compressors for grouped sounds. The LA-2A, LA-3A and TubeTech’s CL1B are famous examples of Opto compression.

Last but by no means least, there's variable Mu compression. Manley’s Vari-Mu is the most famous example of this compression type, and Its non-linear sound is partly achieved by the ratio and gain reduction increasing in tandem. Like opto compression, variable Mu compression is particularly good on grouped instruments or the main output mix bus, owing to its slower, less aggressive response time.

Step 1: We’re starting with a basic pop backing track featuring a lead vocal, drums, bass, strings and a piano part. There’s a decent balance to the mix, but a number of elements would benefit from analogue compression treatments.

Step 2: We’re muting the vocal and starting with the piano part. We want this to ‘snap’ harder, with a more aggressive bite, so we’re setting up NI’s VC 160 to bring some VCA-style transient-heavy dynamic shaping. Compare the first four bars (no compression) with bars 5-8 (with compression).

Step 3: The snare drum needs more snap, so we turn to Softube’s CL 1B compressor emulation. This is set with a fairly quick Attack, but slow enough to let through the Transient before the compressor gets to work. After tweaking Ratio and Release, the result is a punchier backbeat (second four bars only).

Step 4: Sometimes, you don’t only turn to a compressor for its dynamic processing capabilities but also for its non-linear distortion. That’s the case here with our LA-2A emulation. Compare the first unprocessed four bars with the more driven sound of the second four bars and you’ll hear a very different bass tone.

Step 5: We want to add more presence and ‘glue’ to the programmed string parts. So, across the string group, we use UAD’s Manley Vari-Mu emulation. The Attack time is generous enough to let the transient through. Again, the effect is bypassed for the first four bars before kicking in.

Step 6: Next, we turn to the lead vocal. This needs more presence, and UAD’s 1176 emulation provides it. We’re hitting the compressor hard (the Ratio is 8:1), with up to 12dB of Gain Reduction, and the Output dial making up for lost volume. Instantly, the vocal sits much more clearly in the mix.