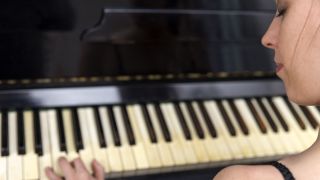 Pop music’s broad appeal lies in the fact that the songs are memorable, and therefore easy to sing along to. And the easiest way to make a song memorable is to base its chord progression on a template that has been proven to be repeatedly successful over the years.

The recent UK chart success of I’m the One (by DJ Khaled featuring Justin Bieber & Chance the Rapper) just goes to show that you can’t beat the classic simplicity of the I-vi-IV-V progression.

Instantly relatable and exceptionally versatile, you can have a Number One single on a backing track made up of a fingersnap sample and a rubber band playing the root notes of these chords. As well as being found in Train’s Play That Song, Justin Bieber’s Baby and Sean Kingston’s Beautiful Girls, this progression is also the basis of Heart and Soul, a simple piano duet that’s one of the first things anybody learns to play on the piano, which is probably why it literally strikes a chord with so many people.

This timeless progression can be found in classic pop songs including the Four Seasons’ Big Girls Don’t Cry, The Beatles’ Baby’s in Black and Eric Clapton’s Wonderful Tonight.

The main reason it’s such an effective combination is because it features all three of what are known as the ‘primary’ chords - a bit like primary colours. The I chord is known as the Tonic, the IV is called the Subdominant and the V chord is the Dominant. Notice that these three chords are three major chords from the harmonised major scale, but they can be translated into any key. They form the basis of thousands of tunes, and are especially popular with blues, folk and country rock artists.

Why have one example when you can settle for about a hundred? In a YouTube video that went viral in 2011, Australian comedy outfit Axis of Awesome ably point out the usefulness of this particular progression when it comes to writing pop hits.

Mashing together a medley of 47 songs that are all based on this sequence of chords, what’s interesting about the exercise is that the original key of the source songs turns out to be irrelevant. Due to the fact that the melodies all work over the same chord sequence regardless of key, the band are able to stay in one key (D major) and play the same chords throughout, while simply jamming the melodies over the top, having transposed the songs.