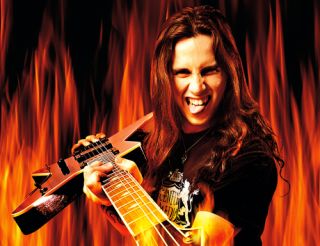 Here's a taster from the same session in which Gus plays three classic Ozzy riffs. He plays them clearly and distinctly and it was a pleasure to be in the same room as he did so.

Don't miss the Summer issue of Guitarist magazine, out 6 July 2011