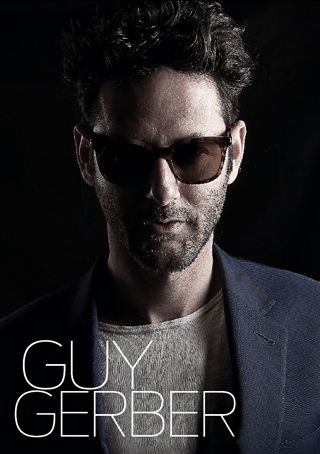 He may be one of the coolest names in the EDM world, but Guy Gerber is looking seriously stressed. It's just hours before a show at London's über-hip Loft Studios, and the man behind relaxed, techy anthems like Timing and Belly Dancing has got… computer problems.

"How ironic that I'm talking to Computer Music!" laughs the 37-year-old. "In the past, if a musician had a problem with his guitar, he'd just borrow another guitar, but for us - the computer musicians - it's not so easy. When I travel, my life is on my laptop. If it dies, I lose everything."

As we sit in the lobby of a swanky West End private members club, Gerber is painstakingly transferring the contents of his hard drive onto a new computer. But despite the imminent high-tech meltdown, he spends the best part of a couple of hours with us, amiably chatting about everything from the struggle to get noticed in his homeland, Israel, to his recent work with global megastar Sean 'P Diddy' Combs.

Computer Music: Some producers are happy to stand behind the decks and play MP3s all night, but your shows have always been far more interactive - they are actually 'live'.

Guy Gerber: "When I first started playing music as a kid back in Israel, I joined an indie rock band. It was about a bunch of guys getting together and making something real - something that lived and breathed and was particular to that moment we were all standing together on stage.

"So, as I made the move into electronic music, I said to myself, 'You must keep that feeling in the music.' I didn't want my live shows to be planned out to the very last second, where everything is perfect and nothing goes wrong. I wanted to be able to feed off the audience and create a two-way conversation. Each show I do is totally and completely different."

CM: If you started out playing indie rock, how did you end up switching to electronic music?

GG: "Back then, there was no real club scene in Israel. Rock was the big thing - rock and Middle Eastern music. There was a little bit of club music - we had a huge trance act in Israel called Astral Projection - but I hated it!

"My friend was a sound engineer and he built a studio for Astral Projection in Tel Aviv. The studio had everything… all the latest synths and samplers. I was hanging out with him and it was the first time I had come across these machines. Of course, we started experimenting with them, seeing what we could do with bass, drums, guitars and all this equipment. I was still trying to play rock 'n' roll.

"But that's when I heard Daft Punk's first album. Wow! It just blew my mind. It was electronic music, but it was also rock 'n' roll. I went and bought a little computer, Cubase, an Akai S3000, a Roland Juno-106… and, luckily, we still had access to the big studio in Tel Aviv. I was no longer an indie kid. Now, I wanted to make electronic music."

CM: Was it easy to get noticed in Israel?

GG: "No - it was really difficult. As I mentioned, there was a small trance scene, but I wasn't part of that. If you take Paris as an example, there was a whole bunch of different artists sharing ideas about French house, but in Israel, I felt like I had to invent my own sound. Even getting hold of the equipment was difficult."

CM: Where is the studio these days, and what's in there?

GG: "Recently, home has been everywhere, but, finally, I have moved somewhere a bit more permanent in LA. The studio is now in my garage.

"Unfortunately, I am yet another of those electronic musicians who is working on Ableton. When it first came out, I was still using Cubase, but I tried Ableton and was seduced by how easy it was to use for the live shows. Cubase has a better sound, but Ableton seems to glue the music together much better and it's also a lot more funky. It's easy to bend the music in Ableton. If you have several loops going, you can do a lot more improvising. It doesn't tie you down like other platforms.

"And let's not forget that Ableton is a brilliant compositional tool. I write in a very 'live' way, jamming along with myself using Clips. This is perfect for making more experimental, flowing dance music."

CM: So you write songs in the same way that you play them live - a lot of improvising?

GG: "Exactly! Press Record and start jamming for maybe 20 minutes. Usually, you'll find two or three bits of music that really work. And after 20 minutes, you start forgetting about the 8-bar loop or the 16-bar loop… you're just reacting to the feel of the music. Sometimes, you start playing seven bars or nine bars. If it works, I keep it.

"That is probably one of my big secrets. I try not to work in eight, 16 and 32 bars all the time. If I'm programming something like a filter cutoff, I might put that over seven bars and duplicate it over the whole of the song. You get moments when the filter is opening up in a place that gives you a new, strange idea. It all adds to making the music more human and more dynamic."

CM: You're an analogue fan and you use soft synths. Which is better?

GG: "They're both good in their own way. If you just used one or the other, you would be limiting yourself. Analogue synths sound great - no one is going to argue with that. If I take the Prophet and I play a pad chord made up of four notes, it sounds very full and very rich.

"If I play those same four notes on a soft synth, it will sound similar… but not the same. The richness and the intensity are missing. But the advantage of soft synths is that they are far more controllable and you can do a lot more with the sound in terms of processing.

"What I find myself doing more and more is using the two together - a bit of analogue added to a soft synth. Doubling up certain melody lines. That way, you get the quality of analogue, but you also get the atmosphere of the soft synth. When you are adding lines on top of each other, try not to quantise too heavily. It all helps to make the tracks feel like they've been played by people and not machines."

CM: We're almost back to where we started… the idea of keeping it live.

GG: "That is so important for me. I will use as many tricks as I can to keep it from being too closed and digital. Sometimes, I will just take a little bit of atmospheric noise from a record or stick my voice through a big reverb and capture a bit of that 'space' - I put that in the background on a track and it ties the whole thing together. The song immediately comes to life."

Guy Gerber makes his mark on the infamous Fabric mix series with Fabric 64, which is available to buy now.