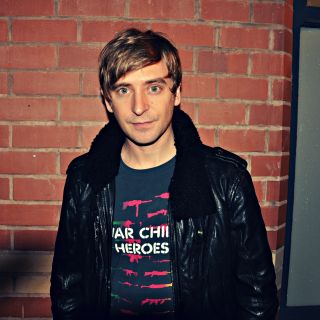 DnB legend and CM Producer Masterclass interviewee DJ Fresh is releasing his new single Louder soon, which you may recognise from a certain TV advertising campaign. Check out the video:

To celebrate, we asked him to run down what software he uses and why he likes it. So without further ado, take it away Mr. DJ…

"How much space have I got? This program is absolutely incredible. I was recently hanging out with emerging US producer Dillon Francis, who is also a massive Ableton fan. We spent about an hour getting excited about how incredible it is, and how crazy you'd have to be to overlook it. A lot of people think it's not as full-featured as Logic or Cubase, but this is because the workflow layout is actually newer and
more modern. What's under the hood in my opinion is superior, and I've always been addicted to trying out the latest sequencers in virtually all their guises. It's tidied up in such a way that at first glance its simplicity is deceiving. If you haven't investigated Ableton, get in there."

"The most analogue-sounding synth plug-in I've found. It includes pulse width modulation, great distortion, effects and filters, not to forget the fattest saw wave this side of Neptune. Great for electro sounds, although FM modulation and more waveforms would be welcome. I haven't managed to find a synth - or sampler for that matter, although I'm on an endless search - that combines all the best features of the various options out there. But for overall simplicity of use, great sound and modulation options you can visualise at a glance, Sylenth1 is the boy."

"For general modulation and synthesis features, especially when it comes to programming envelopes, this is my favourite synth/sound module out there. It has some incredible synthesis features, and a
really user-friendly layout, which I find becomes one of the most important factors when it comes to the real-life usability of a plug-in. There are some plug-ins out there with incredible features but have the modulation, routing so hidden underneath the hood that when you're trying to do something simple quickly they become fiddly and annoying."

"This is my DJ workhorse. It has the flexibility of a studio sequencer, but the live performance options you need as a touring DJ. The controller has two 'decks' so you can scratch/mix in true old-school fashion. And you can assign another two decks which have mixer channels as well. There are also sample 'decks' and controllers for cues and effects. Incredible."

"This is the most incredible plug-in for sequencing and refining drukits. It includes the ability to shape and non-destructively edit waveforms and kick drum sounds. Some great features include the ability to switch sequencer patterns with MIDI notes, sample resynthesis (great for cleaning up kick drums), internal sidechaining and a great sequencer that allows you to draw pan position, velocity, filter cutoff and more on the sequencer grid. You can also view relative bar positions of samples on an overall matrix. This is the go-to drum programming software for me... period."