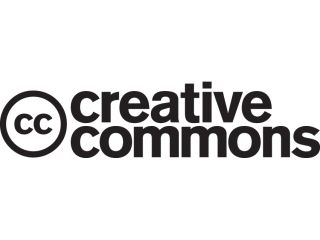 The Creative Commons logo is starting to become a common sight.

Most people have at least a vague idea of what copyright law is, but as we all know, that doesn't mean that the majority of people respect it. Anyone who downloads a piece of copyright music from the internet is breaking the law, but the practice is rife nonetheless. And do you always think through the copyright implications of sampling commercial tracks?

While some might argue that the upshot of all this is that copyright laws should be more brutally enforced, others see said laws as archaic and unenforceable. Perhaps, then, we need to find a different solution, and one such option is Creative Commons licensing.

Creative Commons is a non-profit organisation based in San Francisco that, since 2001, has been working to make it easier "for people to share and build upon the work of others, consistent with the rules of copyright". That last part is important: CC-licensed works aren't 'free'; it's just that their authors don't have 'all rights reserved'. Instead, they choose to reserve some of their rights.

Six of the best

There are six main CC licences, and as a content author (a musician, for example), you choose the one that reflects what you want others to be able to do with your work. At the most relaxed end of the scale, there's Attribution, which lets others "distribute, remix, tweak and build upon your work, even commercially, as long as they credit you for the original creation".

The most restrictive is Attribution Non-Commercial No Derivatives, which allows others to "download your works and share them with others as long as they mention you and link back to you, but they can't change them in any way or use them commercially". The licences in between offer variations on these two extremes - details are at creativecommons.org/about/licenses.

"CC-licensed works aren't 'free'; it's just that their authors don't have 'all rights reserved'. Instead, they choose to reserve some of their rights."

Peter Kirn, who runs the Create Digital Music blog and is a keen advocate of CC, believes that it's a good fit for those who plan to distribute their music via the internet. "In the web age, there are many instances when your primary goal is really to share. You upload your work with the hopes that it'll get widely distributed or remixed, and you don't necessarily want people to ask permission," he says.

"The licence here is a tool for making that explicit. It doesn't mean that music has 'less value' - to me, it's about music for which the greatest value to use is sharing broadly."

Chris Randall (of Audio Damage fame) was one of the first artists to commercially release a CC-licensed album - he says he was looking for a licence that enabled him to "unambiguously allow consumers to sample and share my work, while still keeping in place the legalities necessary to ensure I got paid for the commercial uses of my songs," - but he isn't quite the CC evangelist you might expect.

"The main issue, in my opinion, is that most musicians - never mind the average blogger or consumer - don't have the faintest idea of how copyright works, or the differences between mechanical synchronisation rights and performance rights," he argues.

"A musician (or blogger or photographer) chooses the CC licence that seems to best integrate with his worldview, without having any idea of what he's giving up or getting. It just seems like the 'cool' thing to do. For the vast majority of creative output, the existing copyright laws of most Western nations are perfectly serviceable."

That a CC licence isn't always necessary is one argument, but isn't there also a danger that a lot of people with just a little knowledge of what CC is about will simply choose to act as if music licensed this way is free of all copyright restrictions rather than just some of them?

"There's an enormous danger that people assume CC means free - but then, right now, many people assume 'on the internet' means free," points out Peter Kirn. "Non-commercial use is probably the biggest problem; many publishers and bloggers don't understand that putting an image or track on a site with ads - even a personal blog - counts as commercial use. But you know, with both copyrighted and CC works, you often see things appropriated without attribution."

Chris Randall again: "The continual repetition of the word 'free', in this context, is really irritating. There's nothing free about any of this. The value an artist assigns to their output has absolutely nothing to do with the rights he applies to it. All these licences are is the creator saying, 'I probably won't sue you, unless you do something I really don't like'. People forget that, and just assume that a CC licence means, 'I won't sue you, no matter what'."

The future for any kind of copyright system, them, might appear to be bleak - but Kirn does see reasons to be optimistic. "It might seem hopeless on the internet, but then you see communities that do the work to follow the [CC] rules, to properly attribute work, to be responsible. And very often, creative people gravitate to the responsible communities and publishers, and those are the ones that have the greatest value. So, even if parts of the net remain lawless, you can build communities that value work and responsibilities."

The sound of freedom

As well as presenting a flexible set of rules under which you can release your own music (go to creativecommons.org/choose to license your own work), CC can help in the music production process, too. As we've already seen, you often have permission to remix music released under a CC licence, and you'll find Creative Commons-licensed samples on the internet.

Bram De Jong runs The Freesound Project (www.freesound.org), which now offers more than 100,000 CC-licensed samples. He sees Creative Commons as the only way to stop "the restrictive 'all rights reserved' madness", but is also realistic about its effectiveness.

"People are going to do whatever they want, no matter what," he accepts. "We know that people use samples from Freesound without crediting, just like we all know that you can download any album on the web. There is no way of stopping this. However - and this is the important point - you give people the tools to use your content legally. If they want to be legal they can, and they can still use your material! With 'all rights reserved', no matter what you do, you are breaking the law."

De Jong also points out that licensing under CC gives you a way of reasoning with people rather than simply threatening them: "We see a lot of proud creators coming to Freesound, saying, "Oh, look at my cool YouTube video". Once we say to them, 'Hey, where's the attribution?', people in general are very quick to adapt. We've even had cases of famous musicians doing it wrong, but the problems were solved very quickly and amicably."

While there are always going to be those who take your work and do what they want with it, with Creative Commons, you can at least strike a realistic balance between withholding all your rights and hanging out the white flag. As awareness of its licences and values grow (and it is growing; SoundCloud now enables you to search for CC-licensed content and clearly labels the type of CC licence in its player, for example), so will its effectiveness, encouraging artists and audiences to think more carefully about the way they distribute and consume content.