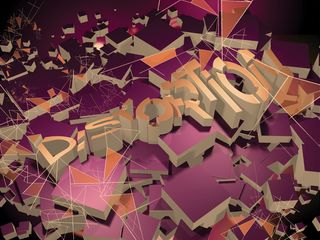 Distortion: a bad influence on your sound.

It does seem strange that the very same audiophile engineers that spout platitudes about the purest preamps and most meticulous microphone techniques will wax long (and longingly) over the subtleties of tape saturation and the 'warmth' of tube distortion. Yet that they do, and they are willing to shell out big bucks to acquire the merest hint of the acoustic fairy dust attributed to some crusty old outboard device.

Battered old Telefunken tube mics and decrepit Fairchild compressors are fetching prices on the secondhand market that one would expect to pay for a new car. Some engineers swear that they will only record to tape, and are happy to pay the price to maintain their massive reel-to-reel recorders. So just what is the magical mojo that's imbued by these golden oldies?

In a word, distortion. Well, there's a little more to it than that, but not much. It's all about the way that old equipment distorts the signal. Whether it's because we have grown accustomed to hearing so much music recorded with it over the years, or because it really does provide a more ear-pleasing experience, we cannot say. The fact remains that we clamour to achieve these ever-so-slightly compromised recordings, even as we pound the pulpit of purity and fidelity.

Guitarists, of course, are particularly susceptible - it goes without saying that power (chord)-hungry guitarists know their distortion and can tell you which amps provide the warmest tones and which fuzzboxes pack the most wallop. But these six-stringed shooters are joined (though they may shudder at the thought) by the modern synthesist - weaned on a steady diet of squelchy, screaming TB-303 basslines pumped through sundry stompboxes and having no fear of bit-crushing, brain-bashing sample manipulation, today's keyboardist is just as likely to see distortion as an integral part of their instrument's signal path.

The various forms of distortion can lead to some confusion, and many musicians, engineers and producers use the terms 'overdrive', 'distortion' and 'clipping' interchangeably, though they may also be used to describe very different characteristics, as we'll discuss now.

To better understand, let's first get an idea of how a signal might be distorted. Imagine that you are recording a sine wave through your mixer or some other bit of studio equipment. A clean recording will result in a proper sine wave when played back. If you zoomed in on its waveform, you'd see the familiar sideways 'S' shape repeated over and over.

Now, imagine that you applied too much gain before recording. The top and bottom of that waveform would be squared off or 'clipped', and you'd have a sound with added upper harmonics that were not present in the original signal. This effect is the basis for many types of distortion.

Different types of circuits produce different types of distortion. There is a clear difference between, say, tube distortion and that produced by transistor-based equipment. Tube (or valve) distortion is often called 'overdrive', though this term could be used to describe any overdriven circuit. Tube distortion tends to subtly compress and add lower harmonics to the signal, resulting in a characteristically 'warm' sound. Transistor clipping, on the other hand, adds odd, higher harmonics without compression, resulting in a harsher, grittier tone.

It was clear from the get-go that digital recording was a superior medium to analogue tape. Given a high enough resolution, digital recordings suffer from virtually no artefacts, increased dynamic range and little noise. What you record is what you hear. Such fidelity came as a shock to many tape-based engineers, who quickly came to realise just how important a role tape played in their recordings.

See, using tape never was a case of 'what you record is what you hear'. With tape, the engineer must take into account the effects that the tape will have on the signal. Tape can handle a lot of level. If you hit tape too hard, it'll distort a bit and even reduce the dynamic level. This is known as 'tape saturation', and it's particularly effective when recording drums, whether real, synthesised or sampled. Drums have very short, powerful attack transients. When these transients hit the tape, they distort quite a lot, but very briefly. Also, anything beyond the level that the tape can handle is compressed, and some harmonics might be added. If it's handled with care we won't perceive this as clipping or distortion, but the drums will sound more powerful.

Digital distortion is another thing altogether. We're not talking about digital clipping here - unlike analogue equipment, which, when overdriven can produce an agreeably distorted tone, digital clipping is not musical at all. There are some forms of digital distortion that can be quite useful, however; take, for instance, the harsh, gritty sound of ancient 8-bit samplers. These instruments played an important role in the evolution of hip-hop and other forms of electronic music, and many musicians and producers seek to recreate that sound today. As a result, there are a number of bit-crushing effects available, and many software instruments (especially those designed for rhythm) include some sort of bit-reduction effect.

The proliferation of distortion devices means most common parameters will only scratch the surface, but you can expect to find gain stages of some sort on all of them. You may be provided with a choice between valve and transistor-based distortion, and bit-crushers may offer a selectable bit-rate and sample resolution. The variety of devices and options is as diverse as the uses to which you can apply them!

AmpliTube is IK's name for a technology applied to a wide range of products, from bundled freebies to iPhone apps. All these gadgets have one thing in common, though: they provide world-class amplifier simulation and distortion effects designed with the guitarist in mind. There's even an optional pedal board controller. Neat stuff.

Like AmpliTube, this is an entire suite of tools aimed at guitarists. Again, there is a lot more here than distortions and amp sims, but there are shedloads of both. And yeah, there's a hardware foot pedal controller. The emulations are top-notch, and we can't imagine that you'd be running out of distortion options any time soon.

This Mac plug-in may look like a plain Jane, but it can dole up the most delightful digital distortion. You can dial in bit depths ranging from 0.01 to 32 bits, EQ is available on both the input and the output, and there's a drive function to pump up your signals. You can also crank the sample rate all the way down to 50Hz, making this your go-to plug-in for urban and chip-tune styles.

Togu Audio Line seem to make a habit of creating awesome analogue emulations and setting them loose at no charge, and you've gotta love 'em for that. TAL-Tube, as you will no doubt have guessed, is a tube saturation simulator, and with its controls boiled down to four self-explanatory knobs and a pair of buttons, it's about as user-friendly as you're going to get.

For a comprehensive selection of effects tutorials and techniques, check out Computer Music Special: Effects (issue 47) which is on sale now.