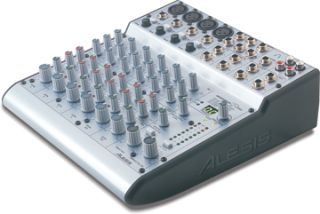 1. Dub pioneers such as superhuman nutcase Lee Scratch Perry get their starling, otherworldly sound by misusing and experimenting with regular bits of kit. For example, King Tubby would use a mixing console test tone, swathed in delay and reverb to create those characteristic lo-fi sci-fi effects. Give it a go!

2. Dub is much more than just a subgenre of reggae, it's a production style that can be used and adapted how you wish. Disparate styles such as ambient (The Orb), rock (Public Image Limited) and techno (Leftfield) use dub tricks and techniques, so don't be afraid to twist it to your own ends.

3. The key to getting that twisted dub sound is all in the details. Get to know what every control on your delay and reverb plug-ins does - sometimes a seemingly incongruous function can have a dramatic effect when part of a big effects chain. Delay effects where you can mess with the pitch of the signal work particularly well for creating abstract sounds.

4. A big part of traditional dub is the mellifluous sound of the bass guitar. However, if recording real instruments isn't an option, you could get away with using a monophonic bass synth with reasonably long release time and careful use of your MIDI controller's pitchbend wheel for added expression.

5. If you're able to record live playing for your tracks, using unusual instruments can add an individual tinge to your music. Played in the correct style and with the right processing, any instrument can have that dubbed-out flavour. Likewise, 'found sounds' put through some delay, reverb and other effects will always add a unique touch.

6. The organ is a commonly used instrument in dub, and as its sound is fairly easy to reproduce digitally, you can get away with using a plug-in version without it sounding too cheesy.

7. Vocals, instruments and effects that have a lot of delay on them can sound great when silenced halfway through a word or musical phrase.

8. Much of dub's hard-hitting power comes from its combination of big bass and drum sounds. For maximum impact, sequence your bassline to trigger on the same note as your kick drum. Switching it to the offbeat will give a more laid-back, syncopated feel.

9. For some truly authentic dub-style processing, organise your track into groups of instruments, and use aux effect chains tweaked live. This will give you less control than automating each part's effects individually, but this method is truer to the techniques employed by the original dub scientists.

10. Dynamically used effects are possibly the most important characteristic of the dub sound. For instance, occasionally the snare will get a big hit of reverb for impact, but this would sound ridiculous on every snare in the track. Automation can be used to apply effects only when needed, though you may find manually 'riding the faders' gives the mix a more human quality.

11. When using effects chains, it's important to accurately control two parameters at once - for example, a delay unit's feedback level and the cutoff level of a filter. Controlling two parameters at once with your mouse is a nightmare, so if possible, use a MIDI controller instead to give you a more hands-on approach.

12. Big drum sounds are important if you want your dub tracks to hit hard, so try using an overdrive plug-in to warm up your percussion parts.

13. As for reverb effects, Ambience is hard to beat. For a crazy lo-fi effect, turn the Quality/CPU control down until the sound starts to disintegrate. Set it to 0% then adjust the Size for an even more twisted sound.

14. Classic Dub tends to involve a lot of saturation caused by overloading an analogue desk - hard to recreate easily on your computer. However, some kind of saturation plug-in such as Chrissy can add a little of that analogue warmth to your tracks, and as a bonus it'll also filter and alias your sounds.

15. Another great free plug-in designed specifically for the creation of dub is the wacky Dub Siren, a tone generator designed to imitate the simple siren and sci-fi sounds that were common in early dub and still pop up now and again today. Stick it through some reverb and delay - keep fiddling until you feel irie.

16. Before the arrival of modern digital effects units, many studios would use spring reverbs. This kind of sound can be heard on countless dub records, and is easily recreated using any spring reverb plug-in.

17. The order of the effects that you use will have a dramatic impact on the shape of the sound produced. While it's traditional to use delay and reverb effects after any others, try switching the order round to create something a bit more unusual. Processing a delayed signal with other effects can give you that big abstract type of dub sound.

18. When creating dub rhythm tracks, a great deal of the sound comes from the reverb you use. Experiment with your reverb unit's pre-delay, time and size values to see what different feels and vibes can be created - but be careful not to drown out the original drum sound, as this still needs to punch through the mix.

19. You can give movement to your track's rhythm section by adding effects to the higher pitched sounds such as hats and cymbals. Phaser, filter or flanger effects work particularly well. Rather than having the effect play constantly throughout the track, try changing the rate and mix controls for more dynamic movement.

20. If your delay unit has a filter control, try using it to dynamically control the shape of the feedback - the same goes for tone and damping controls.

21. When creating those mysterious dub soundscapes, reverb and delay are your best friends. Try out a variety of these effects until you find some that you work well with. The utterly bargainous DubStation ($39) is ideal, but if you're a little short, try Echomania, which is free.

22. Be careful when using high feedback delay values - they can cause the volume level of a track to build up to potentially dangerous levels. In particular, watch out if you're using automated feedback settings; if you stop the track in a section with a high feedback setting it'll keep feeding back until you skip to a section with a lower feedback level. Try using a limiter plug-in after any delay units with extreme settings.

23. Changing your delay unit's setting creates different rhythms, but you may find that attempting this in real time causes your plug-in to emit annoying 'zipper' noises. If you hanker after dynamic delay time changes, give mda DubDelay a go. Try rapidly razzing the delay time setting to create wild pitch-changing effects.

24. Most software delay plug-ins enable you to sync the delays perfectly to the host's tempo. While this creates a nice tidy echo effect, for that true old-school dub feel you should really turn the synchronisation off and get an approximate delay time instead. While this might not sound as neat and tidy as using host sync, it'll sound much more organic in a traditional dub stylee.

25. Though at times it can sound chaotic, proper orchestration is important to keep a dub track flowing nicely - for instance, feedback sweeps can be made more striking by cutting out other tracks for their duration. Bring the bass and drum parts back in at the same time for maximum impact.