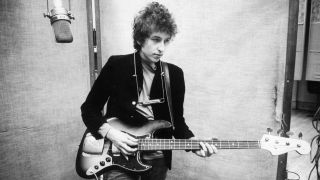 So, what is your hit song going to be about? Who will sing it? If it's a story, which character is singing? Who are they singing to? What are they saying? And most importantly: is there a point? The mark of a bad song is that it leaves you wondering what it was about...

Song themes fall into several standard categories: love, sex, feelings, stories, messages, commands, questions, lists. And then there are surreal songs that aim just to create an atmosphere of some kind.

Try sorting one of your playlists into these categories and see where the majority of your favourite songs belong. Whatever kind of song you want to write, though, there are some broad rules that will ensure a certain amount of accessibility.

One of your first considerations should be how easily the words roll off the tongue. "I tend to be / At my least depressed / When you and I are acting in a / Mutually supportive manner" would probably be better as "I feel alright / When we take on the world / Together".

If you're setting lyrics to an existing melody, try and follow the natural stresses of the tune. When Anita Dobson agreed to sing a song using the EastEnders theme, they used: "Anyone can fall in love" as the main seven-note hook, where the accented syllables "fall" and "love" sit well with the melody. "Falling in love is nice oooooh" would not be as singable.

Contrast conversational against poetic, staccato against legato, positive against negative. If you keep saying "I wanna dance!" constantly for the whole song, the message loses its impact. Try changing your emotional tack for a moment: "Even though the music's crap / Even though I've got one leg / Even though this club smells of sick / Being with you makes me feel so groovy / I wanna dance!"

Straight to your heart

Try not to preach, or tell people what to do; it can be really annoying. Look for a more oblique way of delivering the message. Chumbawumba delivered a message of defiance in a way people could empathise with when they wrote "I get knocked down / But I get up again / You're never gonna keep me down" instead of "If they knock you down / Get back up".

Is there a plot reversal? Sometimes a great song can have a dark side. Maybe you're saying you want to kiss that girl even though the doctor said you would possibly die from a heart attack, or even though her boyfriend in the SAS will have something to say about it, or even though you can't stand her most of the time... these kind of conflicts add meat to a song's bones.

Unsurprisingly, a recent study found that 92% of pop songs carry 'reproductive' messages. Your song will thus have a good chance of being accessible if it's about (a) wanting to 'love' someone you haven't 'loved' yet; (b) having 'loved' that person once, and now wanting to 'love' them repeatedly; (c) explaining the futility of trying to live without someone's 'love'; or possibly (d) inquiring whether you could 'love' them and perhaps some of their friends as well..

Names are a good source of inspiration, not only for love songs but for character-based story songs too (think Alison, Lola, Peggy Sue). Fictional/cultural characters (Prince Charming, Mona Lisa) are also fair game, and try acronyms (PYT, YMCA), numbers, and even spelling it out (L.I.F.E.G.O.E.S.O.N).

Look for lyrical inspiration everywhere. The Beatles' A Day in the Life reveals its inspiration in the opening line "I read the news today, oh boy". Movies and TV are a rich seam of verbiage, some of it crafted by the sharpest writers on the planet. Bowie famously used random newspaper clips in his songs to help create surreal moods and original ideas.

Avoid moaning. If you have to point out the world's ills, at least try and offer some contrast, hope or solutions. Lyrics that are self-pitying only really belong in blues and certain genres of country. Granted, many bands have successfully celebrated isolation and depression, and these are essential to the creative world, but most of these songs don't tend to cross over to the pop mainstream.

It's a good idea to start with the lyric, as it's arguably easier to wrap a melody around a lyric than it is to set lyrics to an existing melody. If you have the lyric in place, you already know where the stresses need to be. The lyric can also help guide you to the right musical mode, scale or tempo.

If you're stuck for inspiration, try stealing words and phrases from another language (Livin' la Vida Loca, Voulez-Vous, Que Sera Sera). The Cocteau Twins made a career out of songs featuring made-up words, which were performed so beautifully that they still successfully communicated something. Try making something up out of whole cloth ("Zig-a-zig aaah", "Be bop a lula") or extending or playing with words ("Umbrella-ella-ella").

A huge slice of the pop lyric-writing pie is devoted to nothing other than finding ways to say "I love you" other than by saying "I love you". Having said that, sometimes only those three little words will do - but make sure there's a twist.

...but that doesn't mean you should! There's nothing worse than an obvious or forced rhyme - the glove of love from above is no good to anyone! While clever rhyming can pack a real wallop, freeing yourself from rhyme can provide great inspiration. Have a listen to some of Michael Stipe's wordsmithery to hear masterful examples of flowing lyrics that don't rhyme or are at best only assonant (with repetitive vowel sounds).

A subtle way of building pace and structure into a lyric is to use internal rhymes. This is where vowels, consonants and combinations of both are repeated within each individual line - "I'm writing a lyric but I'm fighting with it / but I'll try to find the rhyme / to end the line in the nick of time".