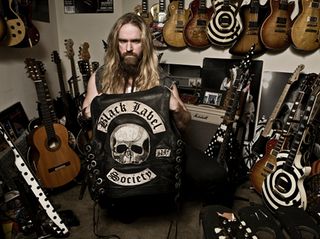 Famous for his spoken-word renditions of rock and pop hits, such as Elton John's 'Rocket Man' (see below) and, of course, for his star turn as Captain James T Kirk in the original series of 'Star Trek', Shatner leaked the news on his Twitter, stating: "Just watched tracks being laid down by Zakk Wylde of Black Label Society for my upcoming record SEEKING MAJOR TOM [sic]." Before following up with another tweet, explaining: "Zakk is one of the great guitarists who played with Ozzy Osbourne. A master playing a cover of IRON MAN. He's fantastic! I'm energized."

How successful would this pairing be? We're yet to decide… but we do know that we NEED to hear that track. Check out the video below for a taste of Shatner's previous musical endeavours.