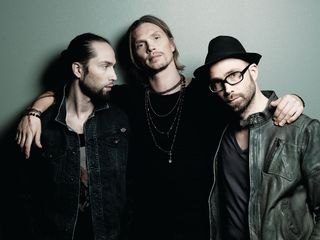 One of TG's favourite new bands, Von Hertzen Brothers have announced that they will return to the UK this autumn for a show at London's Borderline on 1 October.

Although the Finnish prog group are relatively new to British press and music fans, the UK date is actually one of a series of shows celebrating the band's 10th anniversary.

The band - formed by namesake siblings Kie, Mikke and Jonne - are big news back home, but began to arouse interest in the UK following their appearance at High Voltage Festival and the release of their fourth album 'Stars Aligned' earlier this year.

The live date also coincides with the release of Von Hertzen Brothers' new single 'Always Been Right', which you can stream below.

Head to The Borderline's website for more information and to buy tickets for the event.