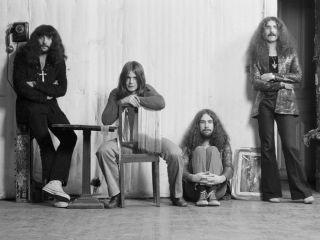 The original line-up of Black Sabbath have already rehearsed together at an undisclosed location, though remain cautious about deeming it a full reunion, according to Tony Iommi.

"There's no definite decision on anything at the moment, but at least it's going… We're all talking to each other. We've met up, had a play, and it was great."

Iommi also added that the band are being careful not to make promises they can't keep, as he told the radio station:

"We're taking it steady, because these things have a tendency to backfire. 'Oh, you said you were getting back together, but you haven't.' …It would be nice to think we could, and I think we would all like to do it, but it's a bit more involved than that."

The news follows a long string of rumours about a Black Sabbath reunion, but a concrete 'official' announcement is yet to come.