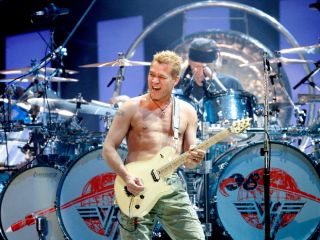 Things seem to be finally hotting up in the Van Halen camp, with a new album, tour and single expected to be announced within the coming weeks.

Fansite Van Halen News Desk is reporting that it has the exclusive schedule of events/announcements leading up to the release of the band's currently-untitled twelfth album, which will kick off with a tour announcement - of most likely North American dates - later today.

The fansite says that we'll then see the premiere of the band's new single and video next Monday (10 January) - the same date that tickets to the forthcoming tour dates will go on sale - before the album's release on 7 February.

The new full-length will be the band's first with vocalist David Lee Roth since '1984' (released that year) and sees bassist Wolfgang Van Halen (Eddie's son) make his recording debut.

Check out the video below for a sneak preview of Van Halen's tour rehearsals...