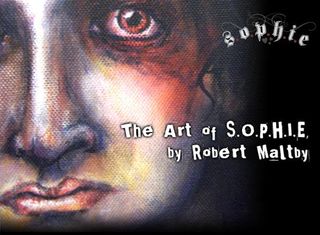 Jackson has donated a custom-painted JS series Dinky guitar to the Art of Sophie, an exhibition which aims to raise money for the charity set up in memory of the murdered metal fan, Sophie Lancaster.

Robert Maltby and Sophie, two metal fans who expressed their passion for the genre by dressing as Goths, were both brutally attacked by a gang of youths while walking through a park in Lancashire, because of the way they were dressed. Robert survived, but Sophie sadly died from her injuries two weeks after the attack.

The exhibition, which features artwork painted by Maltby, will be launched Wednesday 3rd June 2010 at the Black Dog Ballroom, Church Street, Manchester from 5pm - 10pm, and will include the auction for the Jackson Dinky painted by Robert. After the launch, the exhibition will run for a further four weeks at Afflecks, Manchester.

Jackson will also be collecting signatures on another guitar at festivals and events throughout this summer, and plans to auction the guitar when complete, with all proceeds going to the Sophie Lancaster Foundation.

For more information about this worthwhile cause, visit the official website www.sophielancasterfoundation.com.