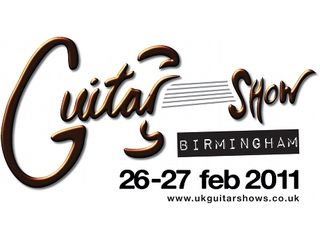 The Birmingham Guitar Show has announced an extended range of exhibitors, including Yamaha, Line 6, Korg and Bass Centre.

The event, due to take place on 26 and 27 February at New Bingley Hall, Birmingham, has already confirmed appearances from Marshall Amplification, Laney, Paul Reed Smith, Ibanez, Gibson, Orange, Peavey, BC Rich, Rotosound and Tokai, to name a selection.

Among the usual stands and exhibitors, Birmingham Guitar Show organisers are promising a range of seminars on "useful tips and tricks" and a live demo stage.

Show manager Jason Hunt said, "We're obviously delighted to have secured four big new brands for the Birmingham show. It means that the majority of the world's best loved guitar and amp gear will be at the show - and we hear whispers that the event will see some brand new offerings unveiled in the UK, all of which adds to the excitement of the weekend."

Tickets for the Birmingham Guitar Show are priced at £8.50 in advance and £10 on the door. For more information and to book tickets visit www.ukguitarshows.co.uk.