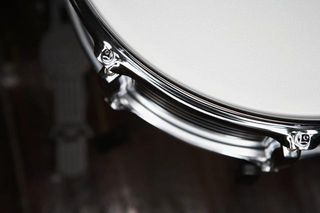 Vinnie has written Drumming Up An Appetite With Vinnie Paul, a cookbook crammed full of mouth-watering Mexican recipes. Delia eat your heart out.

He told the LimeWire Music Blog: There will be all types of amazing recipes with tongue-in-cheek flair. You'll have a lot of fun reading it, and I'm hoping to have a lot of friends [in the book] too."

Those of you unsure of Vinnie's credentials in the kitchen could instead save your cash for Stampede - the new HellYeah album, which Vinnie and the boys have recently finished.

Tichy, who has previously played with rock heavyweights Ozzy Osbourne, Slash's Snakepit, Glenn Hughes and Zakk Wylde's Pride and Glory, among a whole load more, joins the poodle-haired blues rockers as they prepare to head into the studio to cut the follow up to 2008's Good To Be Bad.

Rhythm caught Whitesnake on their Good To Be Bad tour, on which Frazier was on top form. You can judge for yourself by taking a look at his solo from that tour below.

And finally, check out this awesome video of Mastodon's Brann Dailor up-close-and-personal and in full flight at a recent US show. Is it any wonder that Dave Grohl is one of Brann's many high profile fans? Mind blowing stuff.

For all of the latest drum news pick up the new issue of Rhythm.