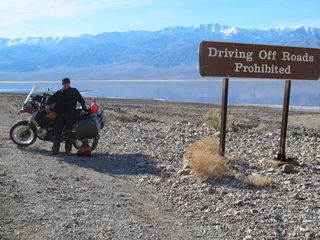 "Neil still had limited interest in going back and explaining the drum parts that he had made up decades ago. He was enthused about discussing how his style has developed, and even the actual parts, but not sitting there and breaking down an old fill note-for-note. So he came up with a possible solution: we could film him in his private drum rehearsals before the upcoming tour, thereby obtaining the demonstration footage we would need for all the songs to be discussed.

"Neil shared with me the tentative set list for the upcoming Time Machine tour, and I set about listing some points of discussion for each song. Now the stage was set..."

"The filming of Taking Center Stage was unlike any project I have ever worked on. The first bits were shot at Neil's rehearsals in May, 2010, then we filmed an entire Rush concert in July 2010, and finally captured the speaking parts in January, 2011. This required a massive degree of planning as to how the entire show would be cut together, which I did my best to organize as the months elapsed between the shoots. Along the way Neil, Rob, Paul and I would exchange ideas and notes on what we had filmed, so the program actually remained fluid all the way up until the editing stage. But in the end, the final program has come together in the most amazing way.

"On May 5, 2010, Rob, Paul, and I, along with our director Gregory McKean, our long-time video engineer Dan Welch, and our veteran sound engineer, Sean McClintock, set off for California to meet up with Neil and film him in drum rehearsals at Drum Channel Studios, in Oxnard, California, near the Drum Workshop factory. As we rolled past the fragrant strawberry fields nearby, and pulled up to the warehouse complex where Neil was working like the president of some musical country engaged in secret work at an undisclosed location my anticipation was building. We walked through the loading dock and past the stacks of DW boxes, then road cases stencilled with 'Rush'. Now Neil could be heard playing in the adjacent studio (for the record, he's one of the hardest hitters I have ever heard).

"We immediately set to work filming Neil's rehearsals, as he played along to the recorded versions of each of the songs on the Time Machine set list. We still didn't know how much exposition we would get from Neil at these sessions, because he had stressed that his main job was to prepare for the tour. So although the cameras were rolling and the machines were on 'Record', the actual content was still far from finalized. However, Neil surprised us right off the bat by speaking to the camera, and giving us wonderful explanations of his approach to rehearsals, as well as insights into the construction of his new drum solo.

"The cameras documented Neil playing along to every song in the set list, to be used as demonstration segments on the DVD. (In the final DVD, there is a ton of footage of Neil playing all of his classic parts by himself, and most of them are also presented in slow motion for easy analysis, accompanied by PDF transcriptions.) Over the three days, between sessions of playing, Neil sat with me before the cameras and discussed wide-ranging topics related to live performance, but the highlight for me came when he asked me to sit with him in the control room and listen to one of the new Rush songs, 'Caravan'. After sitting beside Neil in the studio to watch him play that song, we worked up some topics for discussion resulting in an hour-long featurette about the creation of that drum part, entitled 'The Story of Caravan'.

"On the last day, the obligatory lunch at In-n-Out Burger completed our successful trip to Southern California!

"The next necessary step was to film Neil playing the songs live, which was accomplished July 23, 2010, at the Saratoga Performing Arts Center in Saratoga, New York. The footage we captured there is a dream come true for fans of Neil who want to observe and understand his playing: four separate cameras look at him from various angles, showing Neil only, playing every song in the set list. We also created a special audio mix for the concert performances, with the drums turned up slightly louder than normal. This aspect of the DVD is unprecedented; not only do you get to see and hear Neil talk about and demonstrate the drum parts, but you also get to see the entire concert documented especially for drummers."

"Capturing the live footage in Saratoga was challenging, yet fun. We arrived in the afternoon, and while the film crew captured the entire setup of Neil's kit (which is also included on the DVD), we met with Neil on the bus to discuss the plan for the day. Neil suggested we set up a camera in his dressing room right before showtime, and film him warming up, along with a little 'preamble'. I scrambled to put together some notes for the interview, since I had not expected this.

"As our cameras rolled, Neil discussed different topics related to live performance and soloing, and shared a lot of information about how he goes about his warm-up, what he is thinking about during the warm-up and show, and how he acquires new ideas even while warming up. I think viewers are really going to enjoy watching how relaxed Neil is in this interview, and seeing how much he still enjoys playing. His desire to continue to learn and grow as a drummer is inspirational.

"On this particular day Neil also demonstrated his amazing professionalism. He had been combating an ear infection for a couple of weeks on the tour, to the point where one of his ears had almost completely closed up. A doctor arrived backstage to evaluate Neil's condition, and despite the fact that one of his ears was so clogged up that he could barely hear, Neil put on an amazing performance that night. We were also able to document the soundcheck, and that is also included on the DVD.

"After the show, we set out for home satisfied with another successful expedition, this time capturing and documenting the activity of an entire day backstage at a Rush concert along with the complete concert from a drummer's perspective, for the first time ever."

"By this point in the development and production process, all of us knew that we had something very special. Yet despite the fact that we had filmed rehearsals and demonstrations of the drum parts, the backstage scene, and all of the song performances, there was still something missing. The interviews we had done to this point covered topics related to live performance, but did not address the bread-and-butter questions I had prepared in my many outlines about the individual drum parts. We needed to get together for yet another shoot, so Neil could actually discuss the songs.

"From the outset, Neil wanted to do this in a spectacular natural setting, preferably outdoors, to give the show a cinematic quality, and give the viewer a break from the studio and stage environments of the performances. Several locations were discussed as we began to compare schedules, but we were looking at a window of available time in Neil's calendar that put us smack in the middle of winter. Neil suggested Death Valley National Park as a suitable location, for its great natural beauty, and because the chances of rain spoiling the shoot were practically nil. Rob, Paul, and I were going to be in Southern California in January for the NAMM show anyway, so it was settled we would rendezvous in Death Valley."

For more on Taking Center Stage, including how you can win a copy signed by Neil plus other Peart goodies, look out for the November issue of Rhythm. Take a look back here tomorrow for the penultimate part of Joe's story.