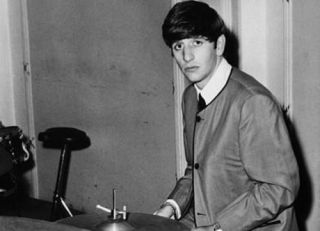 Ringo Starr appears to have rejected the Pope's recent apology to The Beatles.

Ringo spoke out after a recent article in the Vatican's official newspaper absolved the Fab Four for John Lennon's infamous "more popular than Jesus" comment.

The article praised The Beatles' contribution to pop music, but also suggested some of the band's messages were "possibly even satanic".

In reaction to the piece, Ringo said: "Didn't the Vatican say we were satanic or possibly satanic? And they've still forgiven us? I think the Vatican, they've got more to talk about than The Beatles."

While we're not sure on the satanic claim, one thing we do agree with the Pope on is the band's undoubted contribution to music. Remind yourself just why Ringo and his pals are so revered with the clip below.