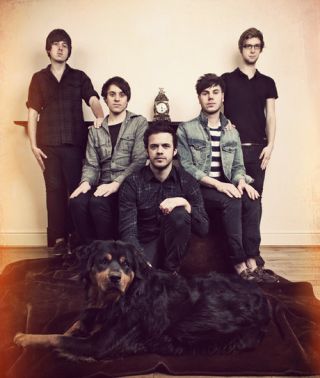 Who are they?: British indie rockers with just enough pop appeal to see them positioned as soon-to-be megastars.

Sounds Like: Beautifully-crafted indie pop songs for the Hollyoaks generation.

Why should you check them out?: They make the kind of intelligent indie tunes that conjure up images of Idlewild, The Killers and Snow Patrol to name but three. Their debut EP is full of hooks yet has enough soul to fill a Motown best of.

Oh, and the drumming's pretty tasty too. Jamie Rankine shows an ability to mix things up throughout the band's debut Young Blood EP, with intricate fills and breakdowns placed alongside four-on-the-floors, showing that the sticksman also isn't scared of going for something simple when required. The snare-filled bridge section of 'Seasons' is a particularly strong example of the drummer's ability to craft a well-thought out part that is interesting yet a million miles away from falling into the self indulgence trap.