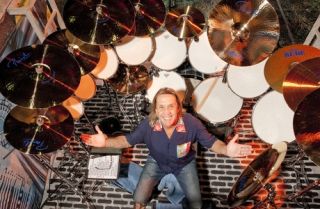 The irrepressible Nicko McBrain has let slip that Iron Maiden are set for a smattering of shows this year.

However, while speaking to 96.7 KCAL Rocks radio station Nicko played down talks of a full-scale world tour.

He said: "Well, we're taking some time off. And we're gonna go back out on tour sometime this year. We're not sure yet when. It's in the words of a very famous British singer from the Second World War called Vera Lynn. And she had a song and it went something like, 'We'll meet again. Don't know where. Don't know when.'

For more from Nicko take a look at the December 2011 issue of Rhythm, which features a huge cover feature with the Iron Maiden man.