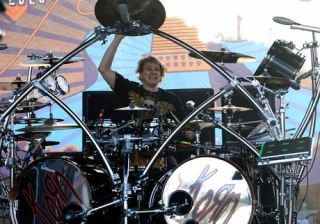 A clip of new Korn song 'My Time' has made its way online - and it's a definite return to form.

You can check out the atmospheric track for yourself below.

The song looks set to feature on the band's upcoming Korn III album, which is slated for a July release.

Not only does the album reunite Korn with producer Ross Robinson, it also marks their recording debut with drummer Ray Luzier.

Ray took over as full-time replacement for David Silveria in 2008.

You can see what Silveria's been up to here, but those of you hoping he's back behind the kit may well be disappointed.