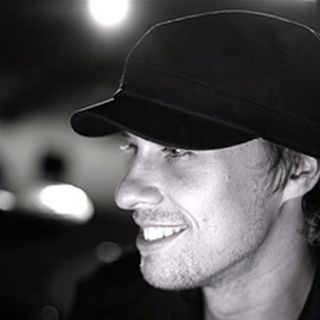 Yesterday Karl Brazil gave you his preview of the much-anticipated Rhythmfest, today it's Troy Miller's turn.

"I am currently working with a new project put together by Roy Ayers called Superstars of Jazz Fusion which is a group comprising of Roy Ayers, Lonnie Liston Smith, Wayne Henderson, Ronnie Laws & Tom Browne. We play all the music they wrote back in the '70s. I'm also working on a new album featuring some of those artists. There is also some recording looming with Amy Winehouse."

"My first gig was with my family band when I was a kid playing original rock songs. My first professional gig was with Jean Toussaint, a saxophonist who use to play with Art Blakey. I really learnt a lot playing with him and he was a very encouraging guy."

"I got my first set of drums when I was nine and my first influences were Mark Helm from The Band when they used to back Bob Dylan and Alex Acuña from Weather Report. But, I didn't know who they were at the time of course. Later on I got more into jazz and drummers like Papa Jo Jones, Elvin Jones, Tony Williams and Ralph Peterson, who later became my teacher."

"Playing in church really altered the way I feel and play music. The church I grew up in was not a gospel church as such (although I am very much into that sound) but playing songs in that context helped me to think about something higher than myself and the drums. It was also about playing with sensitivity and support."

"Persevere with trying to make better music, be a nice person and turn up on time! Preparation is the key to success."

"Enthusiasm and a willingness to learn. Oh, that was two things!"

What are you going to be covering in your masterclass?

"How to make music feel good as a drummer, ie: keeping time/pocket, complementing other musicians/ artists, and playing a song and how to expand your vocabulary as a drummer with the use of the rudiments, rhythmic formulae and experimentation."

"Apart from the obvious sticks and instruments, spend money on going to see musicians play live. So much can be gleaned from watching other players."

Anything else you want to say?

"Come to Rhythmfest, you will be challenged, inspired and refreshed and we are planning on having a lot of fun!"