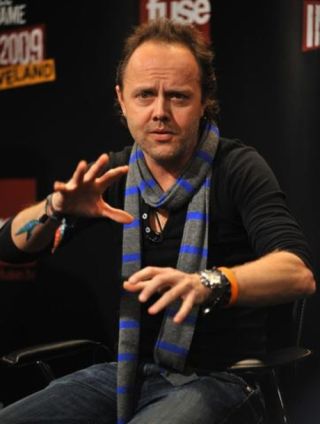 Lars Ulrich has revealed a few details about how the band's jaw-dropping collaboration with Lou Reed came out.

The Metallica drummer says that the initial plan was to record "some of Lou's lost jewels - songs that he felt he'd like to give a second spin, and we could do whatever it is we do to some of those songs."

But, after a few months of mulling on the idea, Reed got on the phone to Metallica HQ and said, "'Listen, I have this other idea.'"

The concept sees Lars and his Tallica buddies record a batch of songs Reed had originally written for US theatre director Robert Wilson and the Berliner Ensemble's production of Lulu Plays.

So, what does it all sound like? You can find out on 31 October when it gets its release. One thing's for sure, it will definitely be an interesting listen. Until then head to www.loureedmetallica.com for more details.