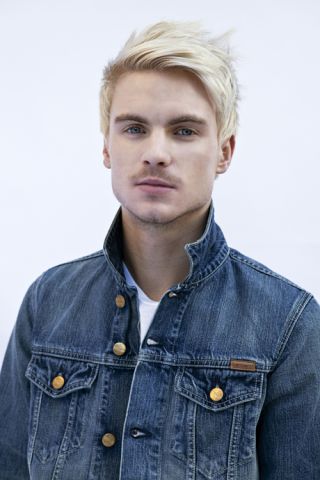 You Me At Six drop their new brand new album Sinners Never Sleep today, take a look below to see what drummer Dan Flint had to say about it all when we caught up with him.

On the kit used to lay down Sinners Never Sleep, Dan had this to say: "I played a really nice Gretsch kit. It was the first I'd ever played on. I had a tech out there that's teched for some unbelievable people like Foo Fighters and Green Day.

"Actually, one of the snares I used on one of the songs was Tre Cool's snare that he used on the American Idiot tour. He'd signed it, it was absolutely awesome. It sounded really nice. It worked for the song so nicely. The Gretsch kit sounded unbelievable. There was no need to trigger anything, it sounded phenomenal by itself."

Moving on to his sound on the album, Dan added: "I've always been happy with my drum sound but I wanted this time it to be bigger. We were aiming for something like a Foo Fighters sound or a Muse, something really punchy and big that you could hear in a stadium or arena. I like big drums, I've got this thing about 24" kicks. I like a beefy kit."

With the record in the bag and on the streets, there's little let-up for the pop punk five-piece. Can explained: "We fly to Australia in August for the first time around the album then it'll come out in the UK and start the cycle again."

Sinners Never Sleep is out now.