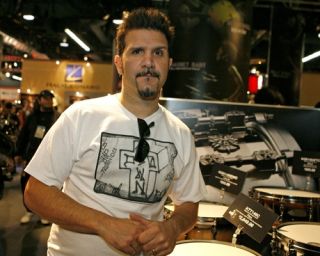 The Anthrax drummer told Guitar World about some of the problems the thrash pioneers ran into during Nelson's tenure with the band.

Benante said: "First show we did with him, backstage, big argument, big blowout. It was unbelievable. And from that moment we should have known. And all along, he just kept pulling weird s***. Like, he would call me and not tell the other guys, or call one of them and not tell the rest of us, and just talk s***.

"At one point he caused a major issue in the band between some of the members. But at the end of the day, it was like, "You didn't say that? What? It was a fucking weird time. But he's a bully and he tried to bully us. And at first we let it happen."

Nelson left Anthrax in 2009, being temporarily replaced by John Bush before Joey Belladonna rejoined in 2010.