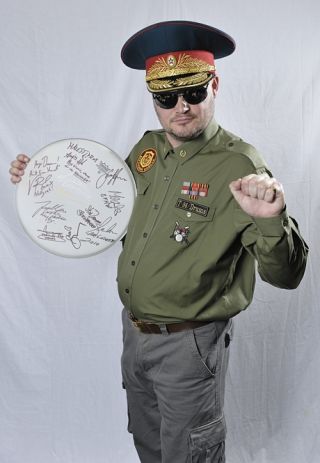 Murray, sticksman for Red Army rock 'n rollers T-34, will take the role of compere at the Wembley Arena event on 22 September.

"It is truly an honour to be involved in this monumental event, Al said. "To share the stage at Wembley Arena with such legendary rock stars will be totally thrilling. But it's more than that! Jim Marshall's pioneering amps shaped the sound of rock music forever and as a music-fan and fellow drummer I believe this should be celebrated!

"Marshall was the epitome of loud and there is no better way to commemorate Jim's amazing life than rocking out!"

For more on Al's second life as a tub thumper head here.